M. Sasek´s 100th Anniversary Video
Exhibition in Munich
Jury of this year's competition was established
M. Sasek at the "Městosvět" exhibition in Prague
Tribute to M. Šašek - This is Prague

The video You can find here

Internationale Jugendbibliothek in Munich will host an exhibition in honor of the Miroslav Sasek´s centennial! 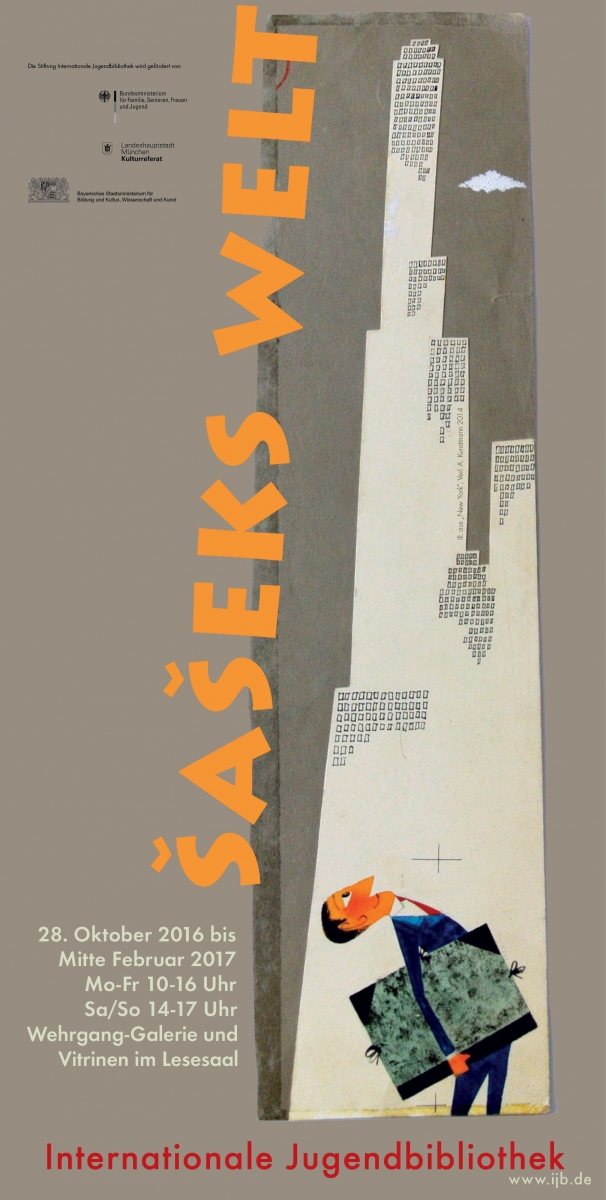 Jury of this year's competition was established

The jury members of this year´s competition are:

M. Sasek at the "Městosvět" exhibition in Prague

From 10th April to 19th June the Prague gallery Villa Pellé hosts an exhibition of illustrations produced by Miroslav Šašek for his books This is London and This is Hong Kong. Just a few steps away from Hradčanská metro station visitors may take a stroll through the city and enjoy its sights not only as they were once perceived by Šašek himself but also through the eyes of contemporary children’s book illustrators. Exhibits include Michaela Kukovičová’s illustrations for a new publication entitled This is Prague in which she and author Olga Černá explore the question of how Šašek might have seen modern-day Prague, were he here to enjoy the city today. As an added bonus, visitors may browse through a large selection of books on display at the gallery, or else purchase copies for themselves.

Tribute to M. Šašek - This is Prague

One of the primary objectives of the Miroslav Šašek Foundation is to encourage and support the creation of contemporary children’s literature, and among the projects it is committed to in this area is one that involves continuing in Šašek’s own tradition of illustrated guidebooks to the world’s cities; to this end the Foundation is supporting the publication of similar books on those cities whichŠašek, in his lifetime, was not able to, or else did not have the time to, portray himself. The first such book, published recently by Baobab and entitled – perhaps not altogether surprisingly – This is Prague, depicts a city which, although loved dearly by Šašek, is absent among his own titles owing to the fact of his emigrant status and, therefore, his political undesirability on this side of the Iron Curtain. Do come and see for yourselves how Michaela Kukovičová and Olga Černá have risen to the challenge! 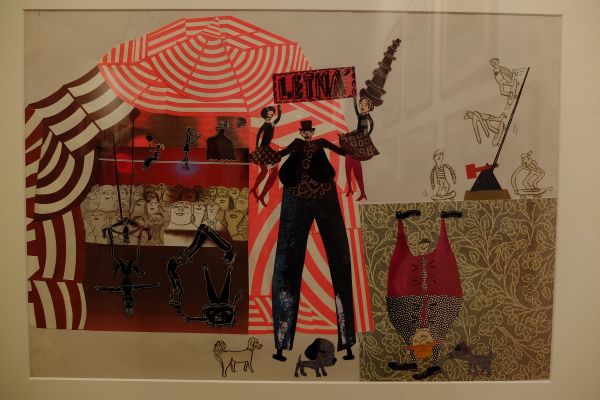 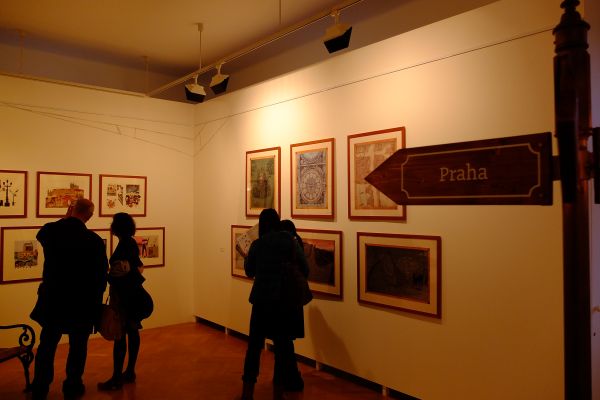 You can visit a small exhibition in FOX GALLERY in Prague during August. Enjoy the original drawings of one of Sasek´s favourite books.

Prague exhibition "This is M. Sasek"

The Miroslav Šašek Foundation has joined forces with the Smečky Gallery Foundation in a project at Prague's Galerie Smečky. The exhibition was prepared by curator Juraj Horváth and his team of colleagues and was a considerable success both with gallery visitors and with the media. The exhibition was accompanied by a catalogue published in cooperation with the Baobab publishing house as well as by a number of supporting events including guided exhibition tours and creative workshops. 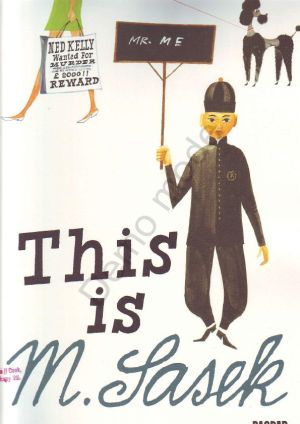 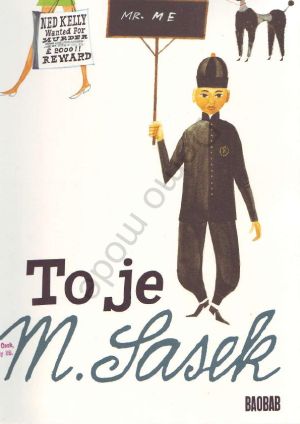 Miroslav Šašek in the Best Books for Children catalogue

The Children's Books Committee of the SČKN (the Czech Booksellers' and Publishers' Union) and the Czech section of IBBY (the International Board on Books for Young People) have joined forces in a project to make annual recommendations of new Czech publications for children and young people. The project's special catalogue is to serve as a guide to booksellers, libraries and schools as well as parents and the general public. In the majority of European countries such catalogues already exist and have been found to be of great help to those who work with books and with children.
This year's selection comprises 36 original Czech children's titles and publishing projects of interest including Šašek's This is Paris and This is London!

Here you can find an article with small talk with Jeffrey Simmons, a first M. Sasek´s literary agent.

The search is on for unknown and inaccessible works by Miroslav Šašek!

The Miroslav Šašek Foundation hereby appeals to members of the public both within the Czech Republic and abroad for any information regarding unknown and/or inaccessible works by Miroslav Šašek. Whilst the ‘Unavailable’ section of our Gallery already contains photographs of some works whose current locations are not known, this is not, of course, the final and definitive list; other Šašek pieces about which we know nothing at all are undoubtedly in existence somewhere out there. We are always grateful for any information and/or contact details you are able to provide. Thank you!

The Lucký Watermill – property of the family of Miroslav Šašek

The Litoměřický deník (‘Litoměřice Daily’) provides information on the unique Lucký Watermill, located on the Modla stream by the village of Chodovice in the district of Třebenice, near Lovosice, central Bohemia.

The mill has belonged to the Šašek family since 1695. Although in 1953 it was closed down by the communists, it remained the property of the Šašek family, and in 2008 Otakar Šašek began the task of renovating its functional parts. Whilst the mill will no longer be used to produce flour, the idea is to turn it into a tourist attraction in the central Bohemian highlands. Indeed, with its unique mill wheel measuring 5.2 metres in diameter, it already catches the eye of many a visitor to the area.

Anne Ward of Scotland has spent a number of years creating a delightful website on which the visitor will find all sorts of interesting details about the life and work of Miroslav Šašek as well as information on where foreign editions of his books may be purchased. Thanks, Anne – great work!

From 29th March to at least the end of this calendar year London’s famous Tower Bridge – which is rarely absent in any photographic account of the city – is the venue for an exhibition of large-scale panels bearing illustrations from Miroslav Šašek’s book ‘This is London’. The exhibition affords the visitor a bird’s-eye view of the real London, and of those parts of the city where Šašek found inspiration for his celebrated illustrations – an opportunity that no admirer of Šašek’s work visiting London during this period should miss! You can read reviews of the exhibition here.

Whilst issue no. 89 of Revolver Revue includes a portrait of Miroslav Šašek by Olga Černá, issue no. 37 of the magazine Živel (‘Element’) features an interview in which Pavel Ryška and Jan Šrámek discuss Miroslav Šašek and his work.

Paris and London in print!

The Baobab publishing company has confirmed that This is Paris and This is London are soon to appear on booksellers’ shelves for the first time in Czech and Slovak, an event that we and all other admirers of Miroslav Šašek’s work are greatly looking forward to. 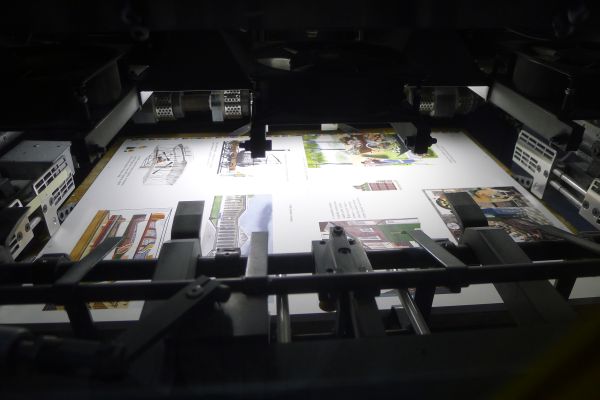 Calls for grant proposals at the 2013 Tabook festival

This year’s calls for grant proposals (in the subject area ‘Original book for children’) are to be announced at this year’s Tabook minor publishers’ festival, which takes place on 3rd-5th October in the Czech town of Tábor. A small exhibition of award-winning works is also planned.

For organizational reasons the Prague retrospective exhibition has been postponed to 2014. We apologize to all those who have been looking forward to the event and will publicize the revised exhibition dates as soon as we are able.

Tereza and Juraj Horváth are recipients of the Tábor Municipal Award

Husband-and-wife duo Tereza and Juraj Horváth of the Baobab publishing company, whose projects include the preparation of Czech and Slovak editions of books by Miroslav Šašek, have received a Tábor Municipal Award for 2013 for their contribution to the cultural life of the town. Congratulations, Tereza and Juraj!